Our project analysed actual human remains (skeletons) to find out about migration in the Roman world. We selected burials that looked like they might be those of incomers and compared them with burials that looked local. Archaeologists think they can distinguish locals and incomers by looking at the burial rite (for example, is the dead person buried wearing their jewellery or are the bracelets just placed into the coffin?) and at the objects themselves (is a bracelet type common or rare in Britain?). We then analysed the chemical signatures of the teeth to find out whether a person could have been brought up in Winchester or York, or whether they are likely to have come from somewhere much warmer or colder. We also studied the chemical signatures in their bones to find out what they ate as locals ate little fish and some incomers ate types of grain like millet, which did not grow in Britain. Finally, we looked at the shape of the skull to find out if some individuals had North African ancestors.

The project showed that people came to Roman Britain from colder and warmer parts of the Roman Empire; in large towns like York and Winchester up to 20% of the population may be classed as 'non-local'. Amongst the migrants are women and children, so it was not just men in their roles as soldiers and administrators who travelled across the Empire. 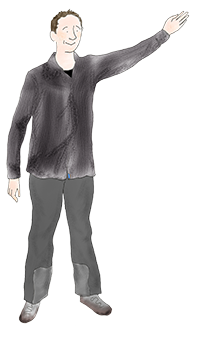